The Safest vs. Most Dangerous US States to Drive

Home / The Safest vs. Most Dangerous US States to Drive

According to the U.S. Department of Transportation and the National Highway Traffic Safety Administration (NHTSA), the United States has seen a general decrease in traffic fatalities over the last 40 years. Vehicle improvements, safety programs and state partnerships have all contributed to safer driving and road conditions. However, practicing proper driving techniques is crucial in maintaining your wellbeing. It’s also important to know which states are safer to drive in compared to others.

Different states and roads have varying track records when it comes to crash statistics and road safety. Although you can calculate the number of fatal crashes per 100 miles to determine a road’s safety measure, it doesn’t give you a complete idea of which states or highways are the “safest.”

For example, a highway that spans 50 miles compared to 1,500 miles will give you a crash to mile ratio that may not represent the actual safety statistics because there are too many other variables that this calculation doesn’t take into account.

The most accurate way to deem a state as “safe” or “unsafe” for driving would be to consider a multitude of factors like:

Still, the following statistics on states with the least and most vehicle fatalities gives you an excellent starting point for determining which states are the safest and most dangerous to drive in.

Reading Body values your safety, whether your business travels across state borders or you’re based in a single location.

The Safest US States to Drive

The NHTSA determined the number of fatal motor vehicle crashes for 2018 in the U.S.

Some of the safest highways in the U.S. do not congregate in a single area. Instead, the lowest number of fatal crashes is spread across America from the Northeast, Midwest and Rocky Mountains.

The Most Dangerous US States to Drive

One of the most dangerous highways in the U.S. is likely Interstate 95, which stretches from Maine to Florida, lining the East Coast of the U.S. It goes through many major cities, such as Miami, Jacksonville, Washington, Philadelphia, New York City and Boston.

The most dangerous time to drive on the highway is during the summer months for several reasons, such as road trips, vacations and teens.

More teens are on the roadways because school is out. They are also more likely to be drinking and driving, speeding and driving distracted. Summer months in the states range from June to August. According to the NHTSA, June, July and August accounted for 9,050 fatal motor vehicle crashes in 2018, where June and July were two of the four most deadly months that year.

While we’d all like to claim that we are good drivers, the facts show it differently. Now more than ever, people have shortened attention spans, and when you combine that with driving distractions, you put yourself and others at risk.

The NHTSA reported that distracted driving incidents claimed 3,166 lives in 2017. Distracted driving includes taking your eyes off the road, removing your hands from the wheel and diverting your mind from driving — whether it’s talking or texting on the phone, changing the music or eating and sight-seeing.

Eliminating distractions, along with other techniques, play a massive role in driver safety that can improve your highway driving experience.

1. Put Down Your Cellphone

It can be tempting to reach for your phone when you hear a notification or if you want to switch to a new playlist, but it’s the fastest way to becoming distracted and increasing your chances of crashing. Many states prohibit texting or the use of cellphones in general while driving.

In 2017, 2.9% of drivers admitted to using handheld cellphones. Texting is the worst you can do because taking your eyes off the road for five seconds, driving at 55 mph, is like driving the length of a football field with your eyes closed.

The best thing you can do is leave your phone in a purse or bag in your trunk or keep it on silent. If possible, connect your smartphone to your car using Bluetooth for hands-free talking and place the device on a mounted holder.

Other safety tips include plugging in your destination or music before driving off and setting the Do Not Disturb While Driving feature if your phone has it.

Wearing your seatbelt will always be a safety recommendation. Make sure to click your belt as soon as you’re in the vehicle and remind your passengers as well. About 91% of drivers used seatbelts in 2019.

The use of seatbelts in passenger vehicles saved about 14,955 lives in 2017 — however, 47% of the people killed in 2017 from car accidents were not wearing safety belts.

The device helps prevent you from being ejected out of the car and lessens injuries from airbags. Improper wearing of a seatbelt puts you at risk, too. Fasten the chest strap across your body and away from your neck without slipping your arm over the belt. The lower half should rest below your stomach.

Buckling up is the single most effective thing you can do to protect yourself in a crash.

3. Never Drive Under the Influence

Although your first thought may be not to drive under the influence of alcohol, being “under the influence” refers to any drug that can inhibit your driving skills, from illicit drugs to over-the-counter cold medicines.

Driving incapacitated puts you, your passengers and other drivers at extreme risk because drugs can impair your judgment, affect your reasoning and decrease your reaction time and muscle coordination.

About 30 people die each day from drunk-driving crashes, accounting for more than 10,000 lives each year. In 2018, 29% of traffic fatalities were caused by drunk driving.

If you’re impaired in any way, rely on driving services or call a friend or family member. If you don’t have a ride, stay at a friend’s house. Don’t let others around you drink and drive, either.

If you’re in a rush, you may find yourself tailgating, but it’s the fastest way to rear-end the car in front of you. Leave a significant distance between other vehicles so that you have enough time to stop or find a safe path out of the way if you need to. A good tip is to follow behind a car by at least three seconds.

The best way to tell if you’re three seconds or more behind is to pick a landmark ahead of you. Once the car in front of you passes the landmark, start counting until you reach the same spot. Driving in adverse weather like snow or rain may demand a longer trailing distance.

Also, be considerate of tractor-trailer drivers. If you can’t see the driver, you’re likely in one of their many blind spots. When passing, give them plenty of space and keep your indicator on to signal your movements. Cutting off an 18-wheeler can make them suddenly brake, causing them to lose control. Big rigs also cannot stop as fast as passenger cars, so follow by more than three seconds.

5. Accelerate up to Speed on an On-Ramp

Merging onto an interstate requires you to get up to speed before you move into the right lane. It’s imperative to accelerate on the ramp and time your merging to prevent others from having to brake or change lanes.

If you’re too slow or cut someone off, it can increase the risk of an accident and cause unnecessary traffic movement. Look over your shoulder, use your side and rearview mirrors and indicate with your signals.

6. Pass in the Left Lane

If you’re sitting in the far lane and others are behind you going faster, it can cause a block-up of vehicles. It may cause other drivers to attempt risky moves to get around you by using the right lane. Some states will give you a ticket or fine for being in the left lane without the intention of passing.

While many of us drive at or a little over the speed limit, excessive speeding can endanger everyone on the road. In 2018, speeding accidents killed about 9,380 people, and for the last 20 years, speeding has accounted for one-third of all vehicle fatalities.

Speeding is especially dangerous during inclement weather, at night and in construction areas. Be aware of posted speed limits on the highway and when crossing state lines. Some speed limits can drop as you enter a town or city.

Driving with caution relates to both you and other people on the road. For example, while you’re practicing safe operations in your vehicle, you should also anticipate what other drivers may do. Be aware of people merging, turning and their speed.

If you’re tested by another driver, don’t give in to road rage. Act safely and move out of their way if they’re driving aggressively, such as speeding, cutting you off or driving too slow.

The best and safest thing you can do is forget about it. Difficult, yes. But necessary to keep yourself safe.

Driving with caution also means you need excellent visibility from the driver’s seat. Turn on your headlights when driving in the dark, during the evening and in poor weather conditions, such as snow, rain, fog and sleet.

Sometimes you may try to fight off your tiredness by cranking up the music or rolling down the windows, but the best thing you can do is rest and recover. Being drowsy caused approximately 91,000 vehicle crashes in 2017.

Take a break when you’re feeling drained by finding a gas station or rest stop. You can refuel the vehicle, grab food or water and rest. Only pull off to the side of the road as a last resort because it’s dangerous and in the way of other automobiles.

If other people in the car are capable of driving, switch back and forth until you reach the final destination.

When the weather is bad, try to avoid driving, especially when the roads are icy or wet. If you must drive in various conditions, use more caution than usual. For example, rain, snow, sleet and fog affect your visibility and the traction of your tires. Even when it’s sunny, if you’re experiencing a glare, use caution.

Reduce your speed and leave more room than usual between you and other vehicles.

If any situation causes you to get out of your vehicle, such as a blown tire, smoking engine or accident, exit with extreme caution. Move your car to the side if possible to get out of traffic. You may be out of the way but remain vigilant because distracted drivers may not see you.

Whether you’re driving in some of the safest states or more dangerous areas in America, safety is a priority. Always practice safe driving habits and encourage others around you to do the same.

Upfit Your Utility Truck With the Experts at Reading Body

Reading Body is one of the leading truck equipment manufacturers in the U.S., and we care about your safety as you work in various locations throughout the country. We use precision manufacturing processes to provide service bodies for a range of fleets and utility workers. Our qualified experts provide local service and cost-effective solutions with products made in the United States. We bring you incredible value while also customizing service bodies to match your requests.

Explore our products online or reach out to our support team for more information. With our dedication to manufacturing top-tier vocational work truck bodies, Reading Body gives you a competitive advantage. 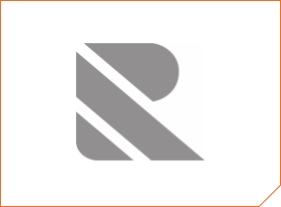 Featuring James Muiter, Product Line Manager, Reading Truck Group As we kick off a new year at Reading, we...

The Safest vs. Most Dangerous US States to Drive

According to the U.S. Department of Transportation and the National Highway Traffic Safety Administration (NHTSA), the United States has...

The hinge is one of the most important parts of the door. It gets a lot of use every...

Search for Reading Truck centers and authorized distributors that can help you with pricing, parts, service and more.